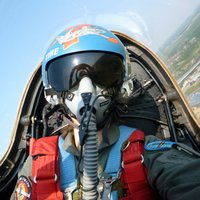 Magister Aviation is the brainchild of Tine Soetaert. After falling in love with the aircraft while seeing the Belgian solo display and the Irish Silver Swallows perform in 1997, she began collecting everything she could get her hands on relating to this aircraft. Soon things got out of hand and she joined the Belgian Air Force demo team at Beauvechain AB. Even though the Fouga retired from Belgian AF service in 2007, her passion for the type is far from over. Over the years, she built up an extensive library on the Fouga. She published a book about the Fouga in 2016.